The sound documentation was recorded during a warm night  of the summer solstice in the streets of Buenos Aires.  In the middle of a political crisis produced by the structural changes requested by the FMI to the conservative goberment, appears in all the city this local form of protest where people make strident sounds using their kitchen utensils as cooking pots, frying pan, spoons, etc. 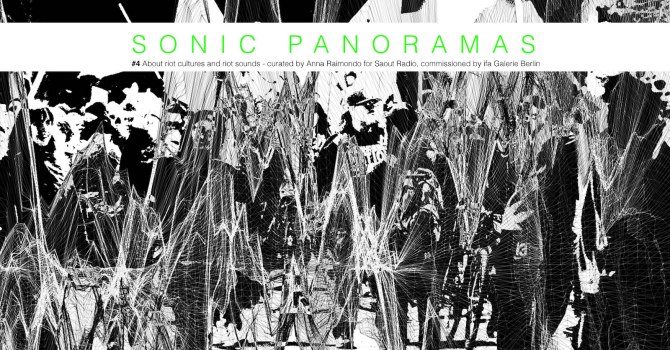 “Sonic Panoramas” proposes multiple approaches to sonic arts to create diverse aesthetic experiences and to open a space for reflection. Therefore, by becoming sonic, the panoramas no longer need observers, but create participants: people are invited to engage and deconstruct stereotypes and to generate expanded forms of geographies and views.

“Sonic Panoramas” is made up of a hearing station inside the gallery and diverse radio shows that are accessible in the gallery, on this digital platform and on the Saout Radio website. Each radio show, of one hour duration, will consist of a series of selected radio and sound works responding to the specific concepts of each chapter. They will also be broadcasted on different radio stations in Germany such as Reboot.fm or Radio Corax, but also on stations all over the world such as Radio Panik in Brussels, Radio Tsonami in Chile and others.

All sounds come from shortwave and LF radio transmissions, mostly untreated. Even what it sounds like some morning birds comes from intriguing broadcasts like boat communications, time signals, number stations and other mysterious sources. Includes special photo document by Cristian Espinoza. 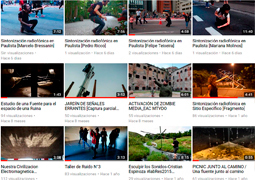